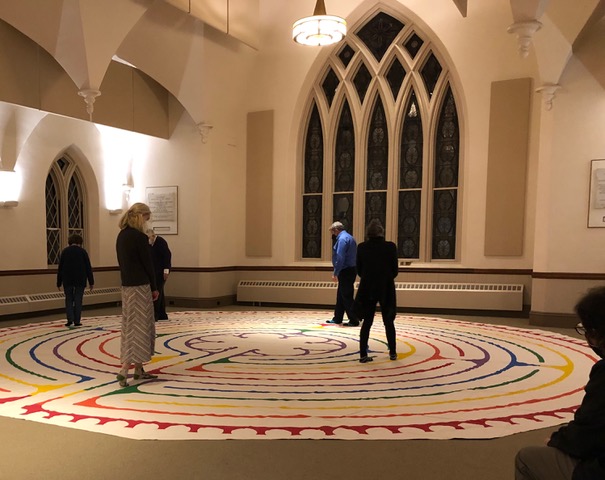 Members of the congregation arrived throughout the day on March 2 to receive the ashes and prayers from the Rev. Deborah Tate Breault and to walk the colorful labyrinth laid out on the floor of the DeWolf Chapel. Walking the labyrinth provides an organized opportunity for reflection and meditation as the Lenten Season begins.

Pastor Deborah provided the contemplative musical accompaniment by playing the frame drum, a personal spiritual practice to which she has devoted years of commitment. In previous years she was a member of the “Mob of Angels,” an original women’s frame drum group led by master drummer Layne Redmond in New York City in the 1990s.